History of the Arts and Crafts Movement ~ November 2019

Behind every object and invention is a history. Whether it’s a clothing item, a car, or a food, there is also a story of how it came to be. This is no less true for furniture - specifically furniture of the Arts and Crafts style. How did the Arts and Crafts Movement happen, and is it still relevant today? 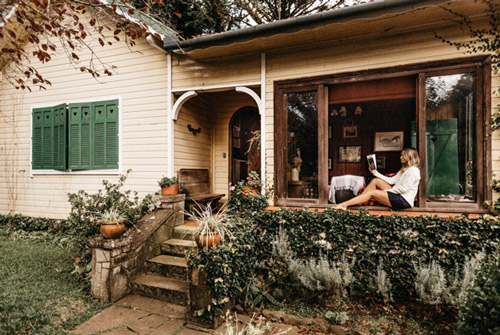 What Was the Arts and Crafts Movement?

The Arts and Crafts Movement occurred from the late 19th century through the early 20th century. It began in England, and then spread to Europe and America as the style gained popularity.

The movement was primarily led by William Morris, who disliked the mass production of furniture as the result of the Industrial Revolution. Instead, he wanted to produce simple, handcrafted items that would bring joy to both the maker and the buyer.

The Arts and Crafts style of furniture was in stark contrast to the fashion at the time. While popularity demanded regal, fancy furniture, Morris preferred clean lines and tasteful decor. His company produced a number of household items, including furniture, wallpaper, and sewing fabric. The people were drawn by the contrast to Victorian-era furniture, and the movement rapidly gained popularity.

Ironically, the simple Arts and Crafts style became so popular that other companies picked it up and began mass-producing it. Not exactly what William Morris had in mind! 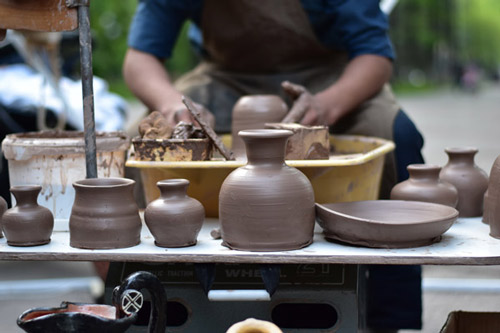 Who Else Influenced the Arts and Crafts Movement?

In addition to William Morris, the widespread movement was influenced by Charles Ashbee and Charles Francis Annesley Voysey. They produced other handcrafted pieces such as silverware, tiles, colored stones, and ceramics. As already mentioned, competing companies took note of the work of these men and rapidly began producing their own take on the simple style.

How Does This Movement Affect Modern Furniture?
As with any fashion, preferences and popularity change over time. Many people today love the “antique” look of Arts and Crafts style furniture. Others prefer a more modern style. Either way, the Arts and Crafts Movement continues to inspire craftsmen all over the world as they carefully design new furnishings.

Some antique lovers collect actual period pieces, while some simply desire the style. For the second group, a quality artisan can design Arts and Crafts pieces for purchase.

What to Look For in Arts and Crafts Furniture

Arts and Crafts style furniture is typically sharp and clean, with simple decoration. The paint or glaze often reflects nature, being floral or woodland in theme. Colors are light and tasteful. The style is not limited to chairs and dressers. In fact, the traditional design can be produced in artisan lamps and even architecture.

The William Morris Studio in California produces arts and crafts pottery lamps that are inspired by the traditional designs of the Arts and Crafts movement. Each table lamp is made by hand, and our mica lamp shades are made with the same materials and techniques used by past artisans. If you love the simple beauty of handcrafted furnishings, contact us today to purchase one of our artisan lamps.

"The highest reward for a man's toil is not what he gets for it but what he becomes by it." - John Ruskin
© 2019 The william morris studio